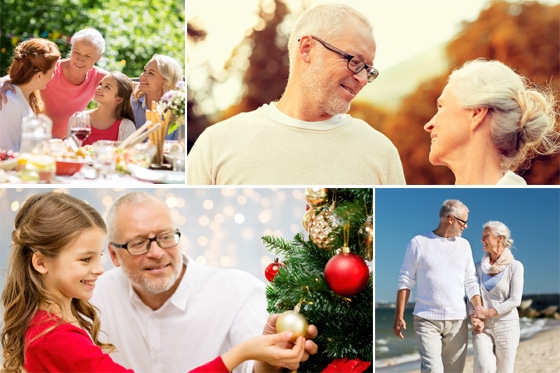 With the turn of the year, an eventful and successful year came to an end. 2017 at TeleAlarm Europe GmbH was packed with trade fairs, an anniversary, and new product launches. At the same time, preparations are already under way for this year.

A defining event for the TeleAlarm team last year was the celebration of our 60th anniversary. Together with 90 customers from Germany, Belgium, the Netherlands, Switzerland, Spain, the United Kingdom, and Italy, as well as 30 employees, TeleAlarm and Leesys celebrated their anniversary at the Leipzig site. During a comprehensive factory tour, guests were able to gain a meaningful insight into the production process and pose questions directly to those responsible. Seminars and a city tour through Leipzig also took place. The celebrations went down well with guests and staff and elicited words of praise, for example from Michael Weber, Head of Social Services at Johanniter-Unfall-Hilfe eV., among others. He said: “Even if a lot is automated, I still think it’s great that you sell a product ‘Made in Germany’. The guided tour of the production halls was really impressive!”

In addition to the company anniversary in February, TeleAlarm was also in top shape in June. The “Flying Fufis” competed in the 10th Commerzbank corporate run in Leipzig with nine TeleAlarm employees cutting quite a dash in the event. Dirk Kaldewei from Sales: “Out of 16,000 participants, the team came in 524th place. TeleAlarm is already looking forward to the next race!” Participants, in Germany to attend a sales meeting, included employees from Switzerland and the UK who joined the team on the 5km run – and Alfred Kuhn from Switzerland announced that he would take part again in 2018.

TeleAlarm introduced a number of new products last year. The new TA7x product family offers a multitude of innovative functions. The subscriber stations enable quick and easy setup thanks to two plug-and-play programming options. In addition, they are future-proof because they can communicate over both analogue landline phones and IP. The carephones can be programmed remotely, making them easy to maintain. The devices currently available are the TA72 and TA74.

The Vibby OAK fall sensor has recently been added to TeleAlarm’s portfolio. The radio fall sensor helps minimise the risks and consequences of falls. The Vibby OAK is equipped with an emergency call button and an automatic alarm that is triggered as soon as the powerful algorithm registers a serious fall via its high-quality sensors. If the user does not react to the flashing and vibrating of the fall sensor after a fall, the alarm is triggered automatically.

Collaboration in the international team at trade fairs and events

Germany, France, Switzerland, the Netherlands, Belgium, Luxembourg, and the United Kingdom – TeleAlarm Europe GmbH is well positioned on the international level. Employees from different countries attended various events and trade fairs together in 2017, highlighting the company’s international character. TeleAlarm presented its solutions and products at the Altenpflege geriatric care trade fair in Nuremberg, at the NurseCall event in Leipzig, at Zorg & ICT 2017 in Utrecht, and at the TSA Conference in Birmingham, UK, as well as at the Verklizan Innovation Day at the Zeche Zollverein in Essen.

From 25–27 April 2017, a total of 660 exhibitors presented their innovations and services at the Altenpflege geriatric care trade fair in Nuremberg, the leading trade fair for the care industry. One of the highlights at the TeleAlarm stand was the new iCall system, with its fully integrated wireless call system in accordance with the VDE standard. This enables both wired and wireless pagers to be used in geriatric care. No fewer than 28,000 visitors attended the fair this year.

Numerous customers from all over Germany took part in the NurseCall event in Leipzig, where TeleAlarm Europe GmbH presented the new iCall system in collaboration with its partner IndigoCare from Belgium. It is the first IP NurseCall system to offer complete integration of all wireless call components into TeleAlarm’s long tried-and-tested and widely used NurseCall systems. This enables, for example, already-installed systems to be expanded cost-effectively at any time, including with patient wandering system for residents with dementia. In collaboration with IndigoCare, TeleAlarm has thus taken an important step in providing complete solutions in the healthcare sector.

Last year was the first time after a break of several years that TeleAlarm Europe GmbH put on an exhibit with its own stand at the Zorg & ICT 2017 trade fair in Utrecht. Among other things, the new TA72 carephone was presented to the mainly Dutch and Belgian visitors. In addition, the iCall NurseCall system was also exhibited for the first time – a clever combination of two worlds with IP and wireless components. The event represented a great success for the team from the Netherlands and Belgium.

In October 2017, Birmingham hosted one of the UK’s largest telecare trade fairs, the International Technology Enabled Care Conference. TeleAlarm presented its home emergency call solutions and systems alongside over 50 other exhibitors. In addition to international exhibitors from the industry, various talks and presentations were also given on this year’s topic “Putting People First: Practical Solutions and Inspirational Ideas from the Experts”. The two-day conference is organised every year by the Telecare Services Association (TSA), the UK’s industry association for technology-enabled care (TEC).

Verklizan Innovation Day at the Zeche Zollverein in Essen

With its new product line of digital carephone systems, TeleAlarm Europe GmbH was once again the official product partner at the Verklizan Innovation Day 2017 on 29 November at the Zeche Zollverein in Essen. TeleAlarm presented their new digital carephone solutions for elderly people, the TA72 and TA74, at the industry gathering for home emergency call and telemedicine systems. In addition, the Vibby OAK emergency fall system call bracelet was presented for the first time.

Last year, TeleAlarm continued to be available as a professional contact for products and solutions in the field of home emergency call solutions. TeleAlarm Europe GmbH is continuously working on further developing their products, with the goal of helping older people to lead carefree, independent lives in their own homes, thanks to intuitive products and patient call systems.

Partners and customers will be kept up to date both through our customer and field service and at the key industry events this year. The first date for the diary will be the Altenpflege geriatric care fair in Hanover. TeleAlarm will be presenting its products and solutions from 6–8 March 2018 at the leading trade fair for the care sector.

TeleAlarm would like to thank all their partners and customers for their collaboration and trust.
We wish you a relaxing holiday, a happy New Year, and much luck and success in the coming year.