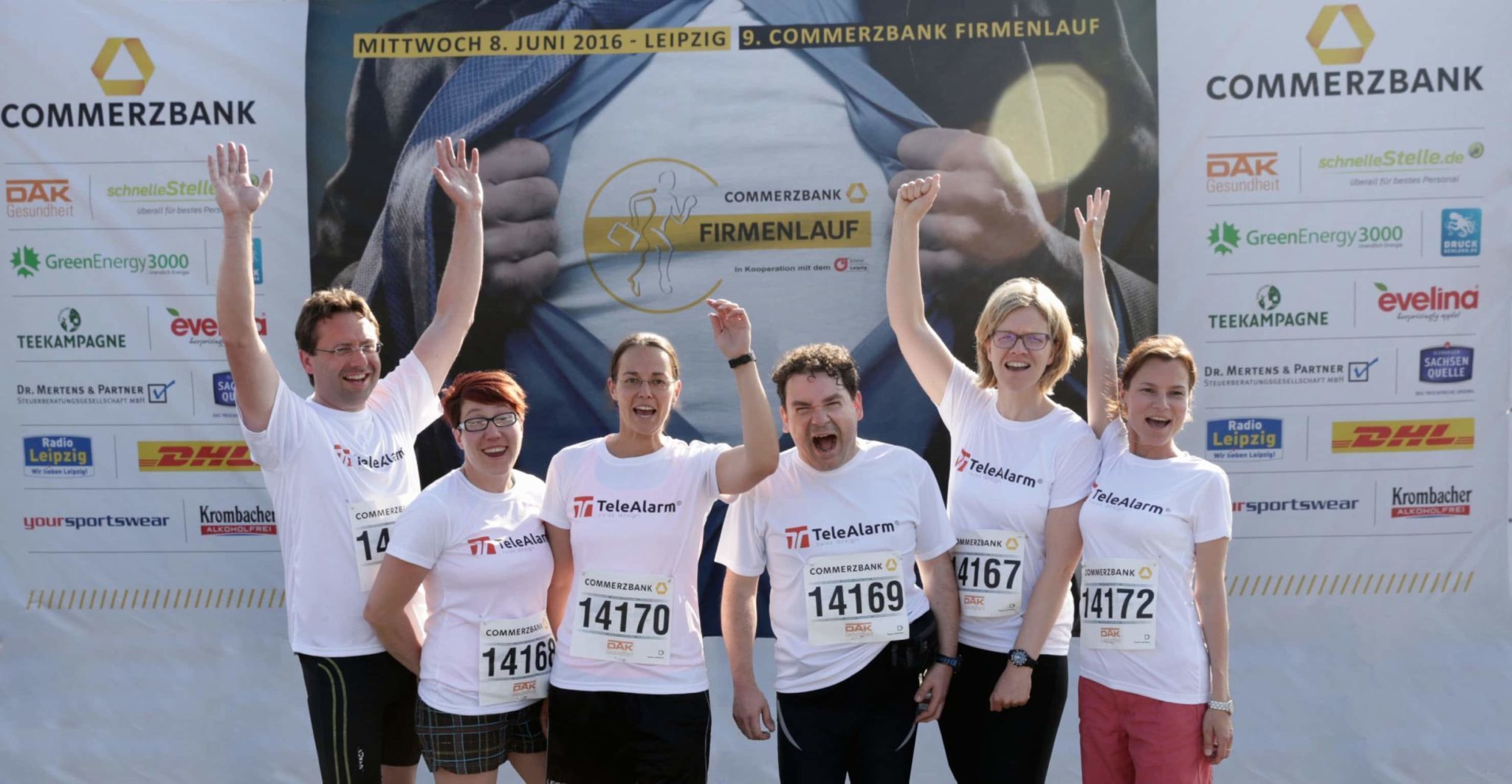 On June 8th, TeleAlarm participated in the 9th Commerzbank company race in Leipzig. The four colleagues from TeleAlarm got some support from the Leesys Accounting department. As a team of five, the team “TA Women’s Power & Friends” ran the 5 km course through the western part of Leipzig. In total, this year around 13,500 runners from over 1,000 companies went to the starting line and thereby broke the participation record. After standing at the starting line for an hour and running for half an hour, all of the colleagues reached the finish line.
TeleAlarm at the 9th Commerzbank company race
from left: Matthias Schlegel, Ilka Goschka, Nadine Rollert, Thomas Krause (Leesys), Anika Gerling and Natalja Uhlmann